To give a new lease of life, designers, and architects are giving a fresh makeover to the existing properties. Roma Arora explores the concept of redesigning with respect to the process and challenges that come along

Apart from the new swanky skyscrapers coming up in the region, there are a whole lot of buildings, which are getting redesigned by the team of professionals to modernise and upgrade them. So, how different is redesigning from designing? Actually, there’s a tremendous difference between creating something from scratch and giving a makeover to the venue. When in the main design process there’s a “blank canvas” and literally anything can be done what comes to the mind, then the redesigning process has its own limitations – firstly the space itself, to the restrictions with time and budget. Here are four interesting case studies from the region that explain the concept in the best possible manner, unfolding each and every detail that matters.

Kempinski Hotel Mall of The Emirates, Dubai
The hotel completed an extensive $100mn renovation last year; the refurbishment of the hotel began in 2012 and was done in multiple phases. Susan Bruce, senior project designer at Wimberly Interiors, US-based design firm which did the renovation work for the hotel, shares her first-hand design account. 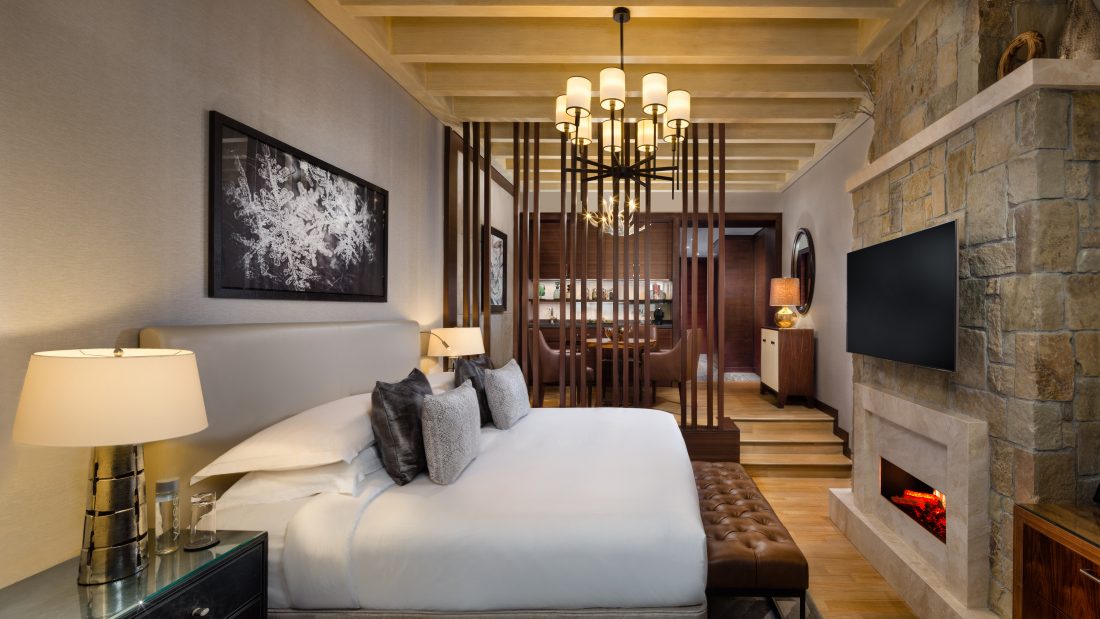 Importance of redesigning: It’s extremely important to not only keep up with the trends, but to design as well for the future.
Challenging task: There are many hidden factors that are not known in the beginning that can alter the entire process. For instance, until a wall is opened, no one is truly aware of what lies behind.
Planning the process: The design team worked closely with the hotel operations team in terms of scheduling the work to be completed to cause as least impact as possible to the guest experience. This project was divided into three construction phases. Additionally, the wayfinding signage was constantly being adjusted to easily direct guests to new routes to the various areas of the hotel.
Time management: The schedules were based around guest occupancy and abided to ensure the hotel can operate smoothly without disturbing the guests.
Changes that took place: The original design style and concept is inspired by Ski Dubai. Taking the inspiration forward, the materials palette included ice blues, silver and crystal, along with warm textural neutrals. Crystal light fittings were used throughout the hotel adding the glisten of “falling icicles”. The marble slabs were hand selected to compliment the scheme. Handwoven rugs featuring custom patterns and designs abound in the hotel bringing warmth and textures to the room.

Shangri-La Hotel, Sheikh Zayed Road, Dubai
The renovation work started in June 2016 based on the design by international interior designers, Hirsch Bedner Associates. Renovation worth AED70mn has taken place across its public areas including the hotel’s impressive, atrium-style lobby, lobby lounge, and Dunes Café which were completed early in 2017. Phase two-the total renovation of its 302 guest rooms is under the process and would be completed by early 2018. Gerhard Hecker, general manager of the hotel talks about this journey of transformation. 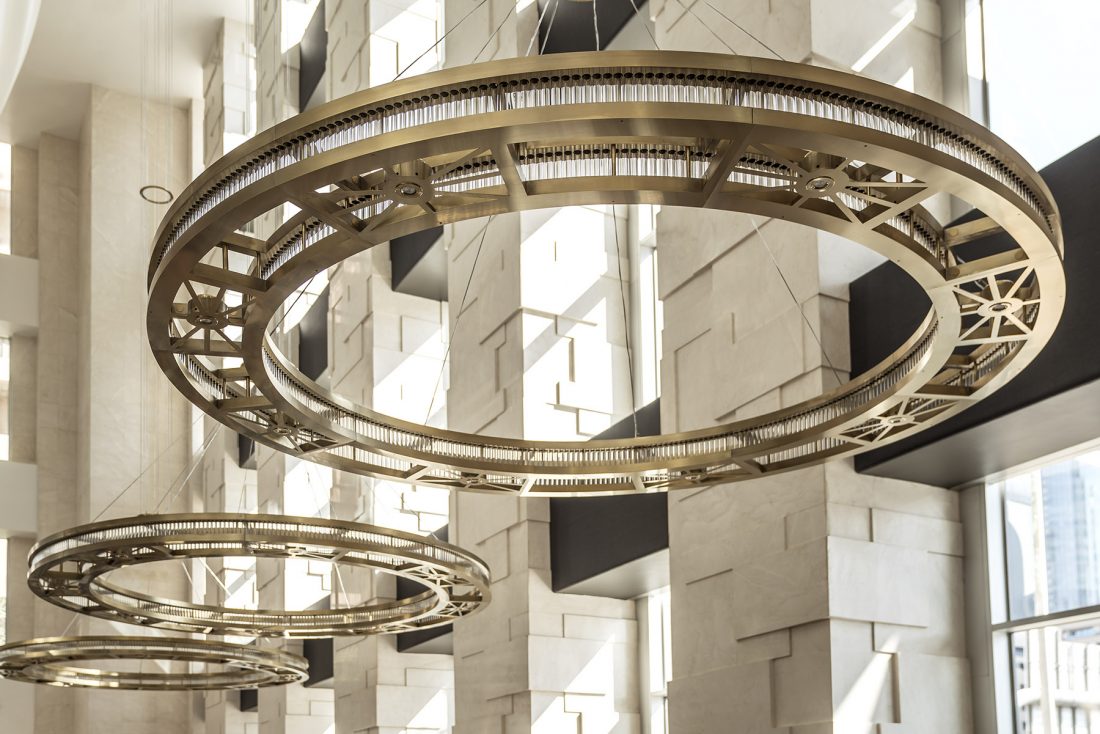 Importance of redesigning: The competitive nature of the business means striving to continue to be the best in all respects and interior design is a key element of communicating our status and positioning in the industry. Challenging task: Imposing glass and gold chandeliers suspend majestically from the ceiling above the lobby lounge and the only challenge was the installation and assembly of the stunning chandelier which hangs in the elevator lobby and comprises of hand-blown glass pieces with a steel frame and weighs 703kg.
Planning the process: The planning and preparation for the renovation took approximately a year and a half. During the public areas renovation, the lobby was insulated from the rest of the hotel both visually and acoustically. The front entrance was moved and closed to the back of the hotel and the lobby itself was relocated to the third floor of the hotel.
Time management: To ensure the lowest level of guest disruption and with a great focus on guest comfort, it was of the utmost importance to manage and maintain the timeframe set out at the beginning of the project.
Changes that took place: The new state-of-the- art bedrooms provide everything from additional bedside power outlets to bluetooth connectivity. The bedside lamps have been converted to wall mounted sconces, whilst bedroom night lights have been integrated with bathroom lighting to enable stumble-free access to in-room amenities in the middle of the night. The bedroom interior design combines the warmth of wooden fixtures and fittings with white, blush, and pastel blue soft furnishings. The lobby is world of sleek chic, surrounded by sweeping curves, clean lines, and warming neutral tones. 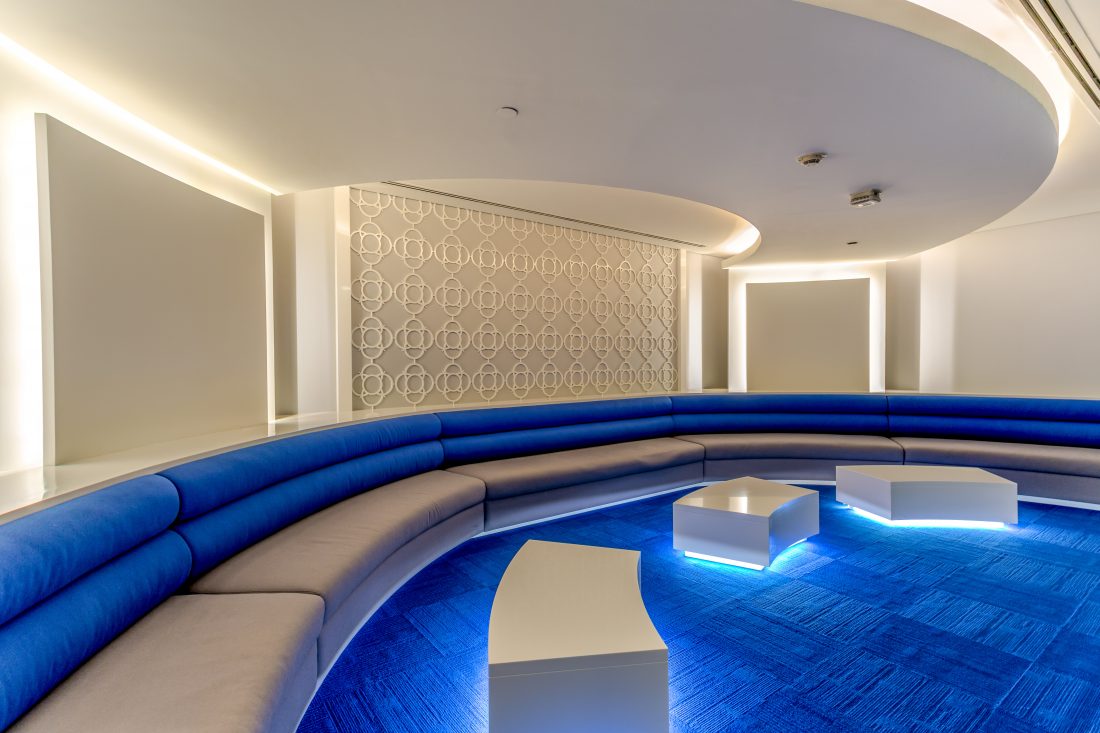 Importance of redesigning: We are living in a fast changing world, so are our habits, standards, and tastes are evolving. One cannot ignore the need for our habitats to adjust and evolve to be up-to-date.
Challenging task: Our biggest challenge was the execution of a complete redesign project in a site, which never stops operation.
Planning the process: We consider the planning and project management to be the most important part of a project, especially when many parties are affected by it. It’s important to keep the neighbours informed about duration and activities planned. Mostly noise producing activities need to be concentrated and short.
Time management: Today time is almost more valuable than money. Planning right and making allowance for unforeseen challenges is a must.
Changes that took place: The new DFM layout is complete with a hyper-modern, fully customised sofa sets designed to be smart but comfortable. In the corners of the trade hall, two main design features were created and named ‘The Hot Zones’. These are circular, intelligent sofa workstations, where investors are encouraged to carry out business in the most efficient way possible. The flooring has been completely covered with custom designed carpet, which draws an “infinity” symbol across the whole trade floor, representing DFM’s nonstop work engine.

Fairmont Dubai
The hotel completed the extensive renovation of its lobby at the end of 2015. Satish Patil, director of engineering, Fairmont Dubai explains why redesigning is important for success. 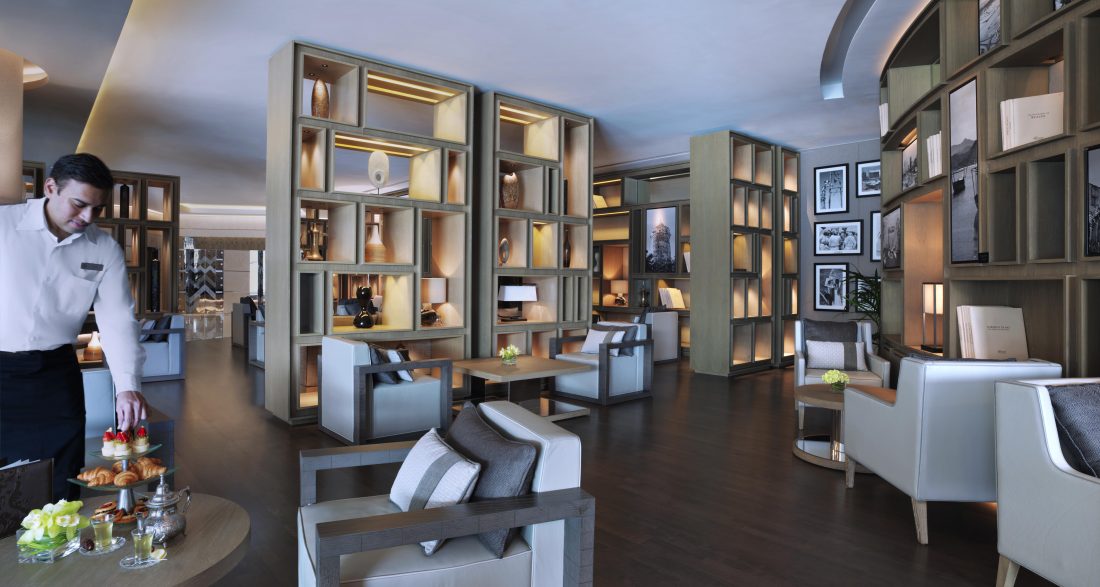 Importance of redesigning: Primary reason for renovating the lobby was that it used to have the traditional look, which was there since the hotel opened its doors in 2002.
Challenging task: The biggest structural challenge was to install the glass chandelier, which had to be incorporated to the existing ceiling without a major structural change.
Planning the process: The key factor for us was to ensure the proper functioning of the hotel’s main entrance and therefore the lobby area was divided in half. Once the first part was renovated, we re-opened the premises for the guests and started to work on the second phase. We also placed TV screens in the construction area with the rendering images, in order to give people the understanding of the upcoming look and feel.
Time management: During the lobby renovation we were working around a very particular deadline, because as soon as the project was planned to conclude, we were entering peak season and could not have afforded any delays during the busy operational period. So, sticking to the given deadline was very crucial.
Changes that took place: We separated the reception area and introduced a new lobby café – The Library, where people can relax and enjoy food and beverage offerings. The entire lobby area was previously just one combined space, with no distinctive features to divide the reception and the lounge area. Although even now there is no physical partition between the areas, hence due to the change in design there’s a tremendous impact in the look and feel. The entire lighting system was changed and a decorative art chandelier descending from 11m was installed as well.