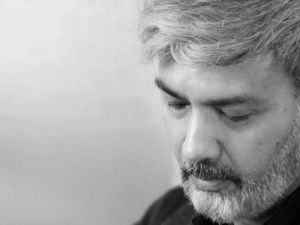 Kourosh Salehi has overseen some of LWK + PARTNERS and the region’s most complex and prestigious projects including The Islamic Library of Makkah, Qetaifan Island North, The One & Only Montenegro, Katara, Burj Crown, the iconic Sky Garden Bridge and innovative research and development projects for The Roads and Transport Authority (RTA).

As evidenced by his global experience and multiple award-winning projects, Salehi is involved in pioneering high-rise mixed-use towers and masterplans that incorporate technology, sustainable materials, and new building techniques.

He is a well- known regional artist who works in a variety of media, including painting, collage, photography, multi-media, and sculpture, with a passion that infuses everything he does.

He is currently working on blueprints for the future techno- industrial city, which involves the design of all modes of city components and advanced integration systems, as well as a staged strategy for how the implementation would guide the city’s and nation’s progress over the next 100 years.

Salehi is the MENA region’s Head of Studio, as well as one of LWK + PARTNERS’ Global Design Principals and a member of the MENA Board.

He is a British architect and urbanist who received his education and training at one of London’s top design institutions.

He is currently working on a series of research papers and presentations on the storytelling methodology that drives the MENA region’s place-specific architecture.

Salehi has the vast foreign experience, having lived in the United Kingdom, the Middle East, Asia, and China for over 30 years.

In places such as London, Hong Kong, Shanghai, Makkah, Dubai, and Doha, he has overseen the design process for a variety of metropolitan skylines, with his most recent completed tower design being the “Habtoor City Towers” and the award-winning “Emaar Burj Crown” is currently under construction in Dubai.

Context, community and human experience inform his approach as an urbanist, where he explores a range of design interventions, to grow knowledge, and grapple with the challenges of the contemporary built environment.

His design philosophy combines imaginative and skilful manipulation of form with the ability to draw inspiration from a wide range of information and experiences.

He was in charge of a variety of cultural initiatives in Saudi Arabia, including Makkah’s Islamic Library, Dammam’s Andalus Arena, and Riyadh’s Najdi-influenced Institutions His most recent projects include a masterplan framework for regional regeneration in Saudi Arabia and a series of iconic passenger ferry terminals for Abu Dhabi Ports, which are now under construction in the capital.

His Sky Garden Bridge across Dubai Creek, received Royal endorsement and has been featured in a number of international design journals.

Against other globally recognised firms, Kourosh’s remarkable design skills and passion have helped secure several high-profile projects in the Middle East and abroad.

He is a member of a Design Leadership & Innovation Group that is helping to transform LWK + PARTNERS from a 35-year-old Hong Kong-based architectural firm into a globally integrated design studio.

He sees design as an enriching and immersing process, and he is a major supporter of Arab culture and its translation into a current design that is contextually relevant.

Places that react to future influences and conditions are yet to be placed on them.

Salehi seeks to conceive and deliver exceptional buildings and places that respond to these complex interdependencies.

In an era of fast-moving information platforms, new ways of representation and communication are needed.

The field of architecture is becoming increasingly complex, necessitating new methods of inquiry and design: Salehi has passionately invested in digital and immersive means of representation, in exploring the boundaries of expression and the way the narrative of design is communicated with the end-users. 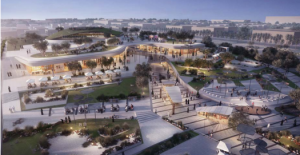 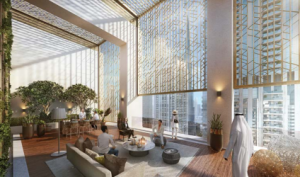 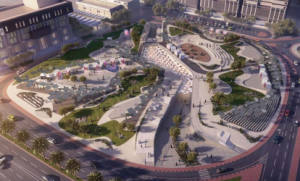