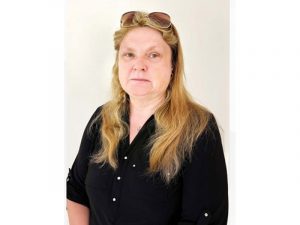 Sandra Woodall is a passionate environmentalist, architect, urbanist, and researcher who has lived and worked in the Gulf Cooperation Council (GCC) for over 25 years.

She is the design director at tangramGULF, which delivers diverse social infrastructure projects in the MENA region.

She is responsible for driving sustainable strategies and solutions throughout the practice and has a completed body of work that has been recognised internationally for “continuing to push boundaries with fresh and creative concepts across the area, which have sustainability at their core” (MEA Awards, 2014).

Including concepts that garnered six international sustainability awards for five different projects over the course of four years, tangramGULF was named the “2019 MENA Architecture Firm of the Year” by the Middle East Economic Digest.

She is a Fellow of the Royal Institute of British Architects, the Royal Society of Arts, an Academician at the UK’s Academy of Urbanism, and is the RIBA Regional Ambassador for sustainability, promoting and developing British design skills internationally.

Woodall moved to the UAE from the UK in the mid-1990s to work on the analysis, review, and development of the Al Ain City master plan, which had been implemented a decade earlier by Shankland Cox, igniting a lifelong commitment to broadening an understanding of desert urbanism and the delivery of regionally significant schemes that respect and respond to local climatic, environmental, cultural, social, and economic sustainability needs.

This was supplemented by a much higher awareness of the usage of traditional materials and methods of construction when she joined Godwin Austen Johnson to work on the rehabilitation and development of Sharjah’s historic Arts and Heritage Area.

Working with the government’s archaeological expert to ensure that traditional desert urbanism and building construction techniques were used in the development of the Sharjah Art Museum and the adjacent House of Poetry.

Woodall Joined tangramGulf in Dubai in 1999, where she worked on projects in the Public Realm, delivering 11 public buildings in 7 years, including the world’s first green-roofed government building in 2007.

She now drives sustainable strategies and solutions across the practice, which is critical to portfolio expansion across the entire Middle East and North Africa, delivering many first-of-their-kind schemes for national and regional significance projects.

These include projects with specialisms in healthcare, laboratories, nuclear medicine and nuclear energy support facilities delivered by tangram’s multidisciplinary design teams across the region.

Woodall completed tangramGULF’s first Mediterranean beach resort in Algeria in 2021, she also won National Hospitality Project of the Year at the MEED Project Awards and began working on new hospital prototypes for Egypt’s Hospital of the Future programme in 2022, to deliver healthcare investment in the delivery of 21st Century facilities that meet the UN Sustainable Development Goals across the Arab world’s largest nation. 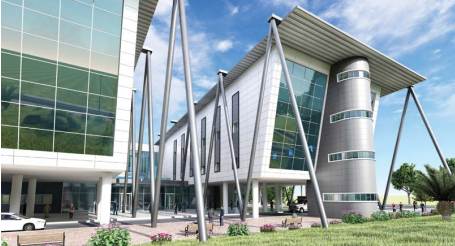 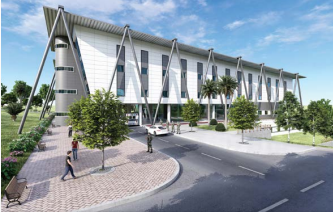