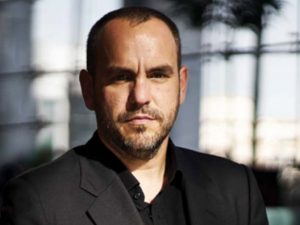 Ignacio Gomez, born in Andalusia, Spain in 1975, earned a Master of Architecture and Engineering with Honors from the Polytechnic University of Madrid, ETSAM, as well as a postgraduate programme in Museography and Exhibition Spaces from the Foundation Antonio Camuas, Centro Superior de Arquitectura in Madrid, Spain.

Prior to joining Aedas, he was a partner and design director at Godwin Austen Johnson.

He was responsible for leading the overall design direction and a number of key projects in the Middle East.

Gomez has over 19 years of professional experience in architecture and has established himself as a key design architect in the region with a growing portfolio of projects recognised for their brilliance since migrating to the Middle East in 2006.

He believes that virtual and fictional narratives have been and will continue to be immensely important sources of inspiration and that as the economy and world enter unknown territory, architects can and should play a role in the role of imaginary landscapes and stories.

The architect must be able to turn to create non-fiction.

The work then becomes an active entity in society’s minds, similar to a fable or myth.

The source becomes less relevant, even obliterated, and what matters more is how the building or the city lives on in collective memory.

Gomez strives to deliver unique and individual solutions for each project and takes pride in the fact that they never follow the route of formulaic design.

He further feels that automation and rapidly evolving technology are altering the design and construction industries, enabling engineers and architects to better harness the power of data, manage risk, and improve efficiency.

His designs earned him the title of “Young Architect of the Year” at the Middle East Architect Awards 2010, while his Red Sea Riviera Master Plan was named Best Residential Project of the Year at the same event.

His work has appeared in magazines such as Fisuras Magazine, Future Architecture Magazine, Via Arquitectura, 2A, Middle East Architect, and Construction Week, as well as some of the most popular architecture websites such as Dezeen and Archidaily. 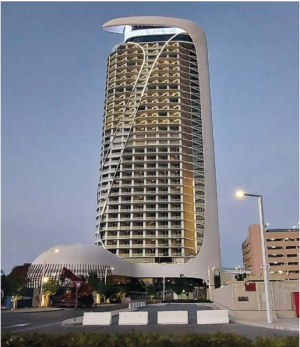